Who is Really Paying More of Their Income in Federal Income Taxes - the Middle Class, the Wealthy, or Someone Else?


Tax Day 2012 is Tuesday April 17th - that's the deadline for filing your personal income tax return and paying any outstanding tax bill. You can file for a six-month extension of time to complete the return but you will still need to pay your estimated tax bill by the April 17th deadline.

The non-partisan Tax Foundation has compiled some interesting data regarding what portion of adjusted gross income (AGI) was earned by folks in various income categories and how that compares with the portion of federal income taxes paid (see graph below). The chart clearly shows that lower income earners pay a much smaller portion of taxes on their income than do high income earners. Our so-called progressive system of taxation is indeed working but you'd never know that from some of the continuing political rhetoric that we hear such as the Buffett Rule. 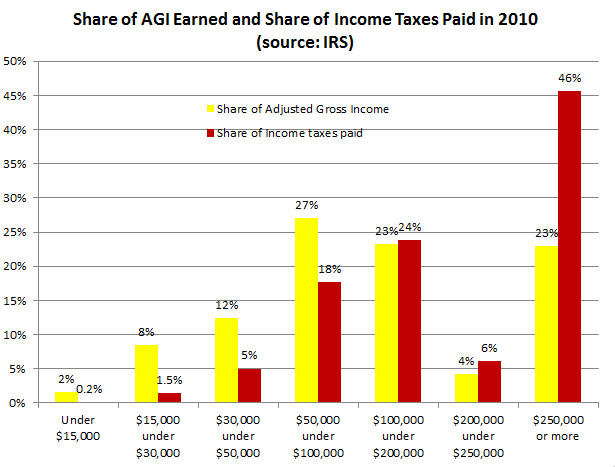 Here are some additional tax factoids from the Tax Foundation: