An Inside Look at My "Conversations" with Liberals, Socialists and Conservatives


In the last several years, as I have written on this web site, I have gained a deeper perspective on how and why various folks think about and misunderstand economic issues in America. In my previous work as a financial counselor and as a syndicated columnist and book author, I've gotten lots of feedback over time from readers and others. But the combination of writing more about current events and the economic and political challenges facing the U.S. and other countries have provided me with more insights about the mindset of voters of all stripes.

I have written about the fact that the U.S.A. historically has been a center-right nation politically. I am not a political ideologue and I have the facts to back that up. On this site, I have taken on pundits all over the spectrum including (from left to right) Paul Krugman, Nouriel Roubini, President Obama, Chris Matthews, Bill O'Reilly, Dick Morris, Glenn Beck, Ann Coulter, and Ron Paul. Simply search any of these names in the search box on the right hand side of this page for what I've said about each of them. Later in this article, I will disclose more details about my own political thinking and "agenda."

Feedback from Liberals (and Socialists)

As you might expect, I get feedback on the writing I do. You can't do the kind of writing that I do unless you have some thicker skin because not everyone who writes you sends their blessings and warmest wishes! (Many folks do take time out of their days to say some very kind things and I always appreciate that.)

What I have found most fascinating and enlightening about the "negative" feedback that I have gotten from my web articles is that it comes largely from liberals and self-acknowledged socialists.  Below are some examples:


"I've read many articles on your website, now, for approximately two years and while you enjoy pointing out the failed rhetoric of other parties, or pointing to failed Democrat-inspired bills/laws, etc...you gush excitedly over the Tea Party. I find this baffling coming from an advisor who brags about NOT taking such a political bent but a number of your articles seriously gushed about the Tea Party as though they were part of the Second Coming..."


In response, I pointed out to this reader that I hadn't "gushed" over the Tea Party but simply reported on their stated economic objectives and the impact they had on the 2010 mid-term elections. I predicted before those elections that if President Obama didn't move more to the political center, voters would force the issue in their votes in 2010 which is exactly what happened. I asked this reader if he was a liberal to which he wrote:


"I'm registered as NON-Partisan but I'm leaning more and more toward Socialism...I believe, now, in a World Government since we only have this Earth to share and it's getting a little claustrophobic. I'll never see this happen but it's something I think about often."


Another reader didn't care for my article about the underlying causes of mushrooming U.S. government debt and excess spending. In that article, I pointed out that over the past 60 years, federal government spending has grown at a 7.6 percent annual compound rate which is more than double the rate of inflation over that period. I went on to say that excessive spending has led to excessive federal government debt and it has already brought various socialist European governments like Greece and Italy to their knees.

The reader wrote me a lengthy email in which he attributed the growth in U.S. government spending to "population growth" and he disputed my inflation numbers claiming that inflation averaged 4.4% over the past 60 years. He also said that excess spending was "...principally on defense, and in part to a poorly functioning health system badly in need of wholesale reform (along French and German lines)...[and] because of insufficient tax revenue."

I succeeded in getting the reader to admit I had the correct inflation number and that his was too high. His other points were classic liberal talking points. 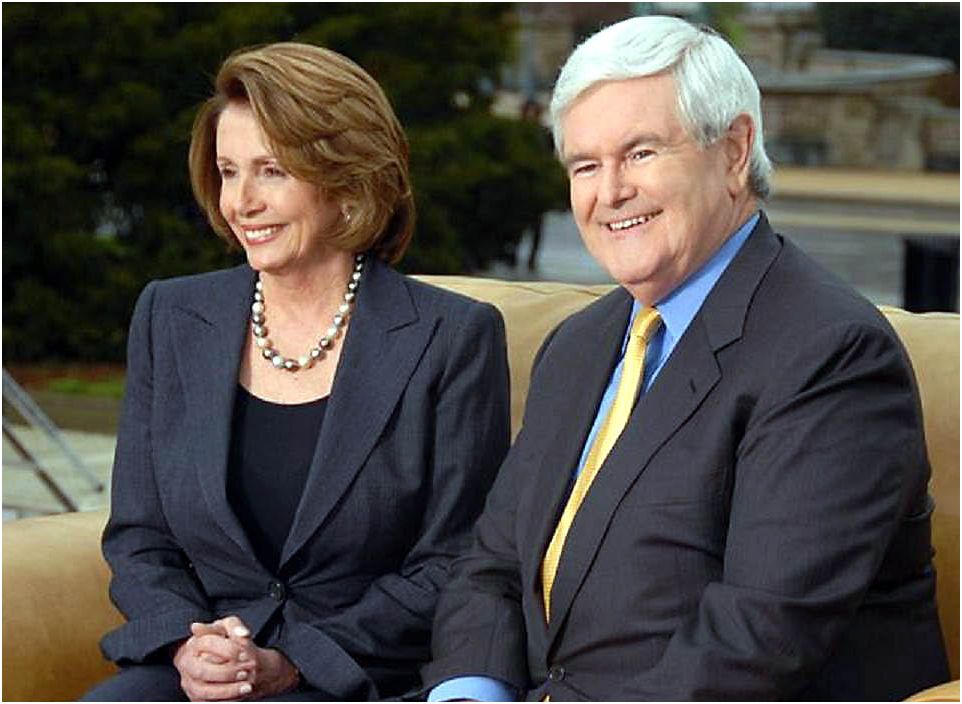 Conservatives Bite Back Too!

In March, 2009 (which happened to be the bottom of the bear market), I got flack from some folks attacking me as a liberal. The reason: I had written that there was excessive hype about the impact of government debt and spending and that folks predicting the imminent bankruptcy of the U.S. and continually falling stock prices would be proven wrong.

Here are two examples of the negative feedback I got then:


"I find little in your article...to be accurate and truly represent the current state of the US economy.  It is this apparent ‘media bias to support a liberal legislation agenda' that will result in the bankruptcy of this country."

"I usually don't respond to such pathetic displays of idiocy...but I just couldn't help myself today after I read your column. The financial system that just presided over the largest loss of household wealth in the past 60 years is your answer to our government spending well beyond its means? What sage advice!"


You can read my response here as well as my prediction (remember I wrote this in the second month of the Obama administration) for his likely spending patterns given his voting record as a Senator.

My Background and "Agenda"

I was born and raised in a middle class suburb of Philadelphia and attended public schools. Looking back on that education, including my higher education that I received at Yale University, much of it had a liberal tilt.

I vividly remember a middle school social studies class simulation exercise where my fellow pimply faced friends divided into groups that represented company owners and workers. Over time, the company owners created more wealth than the workers. We had lots and lots of discussion about how much money the company owners really needed and how little, by comparison, the workers had.

I happened to be one of the company owners and since I was in class with my peers and many friends, how could I possibly deny them more equal wages in comparison to my seeming ill gotten profits? Unfortunately, looking back now with business and economic knowledge, I don't recall any talk about the fact that company owners take risks employees aren't expected to take including putting up their own money and sweat equity in order to build a firm (that then provides jobs).  The focus of the lesson appeared to be on how employers take advantage of workers.  It would have been helpful to me and my fellow students to understand the risks business owners take when starting and running a business.

As a young adult, I knew very few peers who were enamored of President Ronald Reagan and (because of my wife) I briefly worked as a volunteer for Michael Dukakis' failed 1988 Presidential campaign. I would never support a candidate today with his ideology, especially on economic issues. I was young, naïve and the product of our country's educational system. My parents, like most others, didn't talk a lot of politics at home, and we certainly didn't talk about economics.

I am not a political ideologue, but in general I am "conservative" on economic issues. By that I mean that I don't believe that the government does things efficiently in the way that the competitive private sector can. I believe that taxes should be set as low as possible and that government has little incentive to control spending as they institute more new taxes and raise them over time. I use facts and analysis. In my lifetime, there have been good (Reagan and Clinton) and bad Presidents (Nixon and Carter) from both parties.

That said, I firmly believe, based upon many years now of observation and business world experience, that most liberals (and socialists) are economically illiterate. The more a person understands how the economy and financial markets work, the more likely they are to identify with and support free market capitalism with a minimal role for government.

When I engage liberals who hold "different economic beliefs" in conversation and debate, I find that the news sources they listen to include NPR, the New York Times, Newsweek, the Huffington Post, and other left leaning media outlets that support and reinforce their liberal point of view.

My goal and job is to help you to make the most of your money and to make informed decisions, which includes making sense of current events and unfortunately politics. To keep up with what is being discussed, the media sources I survey and people I speak with span the spectrum. Don't allow your biases to undermine your personal financial success.