The No-Load Fund Analyst (NLFA) recently provided a useful update on year-end tax planning regarding your investments for 2012. This year holds even more uncertainty than usual due to the potential for major tax changes caused by the expiration of some tax rules and the beginning of others. Add to that a divided federal government and a November election and the range of possible outcomes and differing rules can quickly become overwhelming.

That said, the likely outcomes probably aren’t that complicated when you consider what’s going on in Washington and what’s likely to occur. I don’t see massive tax increases in 2013 for the simple reason that at a minimum, the Republicans are almost a sure bet to hold onto their sizeable majority in the House of Representatives. This will block any major tax increase. The only scenario under which we could see large increases in the tax rates applied to investment returns would be in the Democrats captured both houses of Congress as well as the Presidency. The chances of this happening are close to zero based upon recent polling. 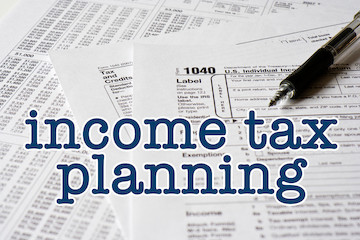 In the meantime, here’s what NLFA has to say:


"The uncertainty surrounding the possible expiration of the Bush-era tax cuts will make 2012 year-end tax planning challenging. If these tax cuts do expire as currently scheduled, taxes on income, capital gains, dividends, estates, and gifts will increase in 2013. Additionally, as a result of the Health Care and Education Reconciliation Act of 2010 (Obamacare), we will see new Medicare taxes on earned income and investment earnings in 2013.

Given the real possibility of higher taxes in 2013, it makes sense to consider tax planning moves that can lessen the impact. We share such strategies below, but recommend consulting with your tax advisor in December as the tax laws may change before year-end.

If ordinary income tax rates do increase in 2013 as scheduled, the following strategies that accelerate income into 2012 or defer deductions into 2013 should be considered:

Earned income is also subject to Social Security and Medicare taxes. Currently, the Medicare payroll tax is 2.9% on all wages—with the worker and his employer each paying 1.45%. Starting in 2013, as part of the Health Care Act, individuals will pay an additional 0.9% on earned income over $200,000 ($250,000 if married, filing jointly).

With capital gains taxes increasing, investors should consider accelerating capital gains into 2012 to take advantage of these lower rates. Likewise, investors may be better off deferring the recognition of capital losses to future years when they may have a greater marginal tax benefit.

Starting in 2013, the Health Care Act adds a 3.8% Medicare tax on investment income (including taxable interest, dividends, and capital gains) for individuals with modified adjusted gross incomes (MAGI) in excess of $200,000 for individuals and married taxpayers filing joint returns with MAGI in excess of $250,000.

Individuals with large estates and who plan to transfer more than $1,000,000 of assets to their heirs should consider making gifts in 2012 to take advantage of the large gift tax exemption. Taxable gifts beyond the gift tax exemption amount made in 2012 may also be beneficial as they avoid the 20% increase in the gift tax rate in 2013."