If You Buy and Sell Individual Stocks, Do You Know the Insider Trading Rules?

From time to time, insider trading cases pop up in the financial news. Years ago, there were a flurry of cases including the big case of billionaire hedge fund manager Raj Rajaratnam garnering plenty of attention. He was found guilty on 14 counts of securities fraud and conspiracy and was sentenced to 11 years of jail time in addition to paying large financial penalties (more on this later).

Rajaratnam was one of numerous investment industry folks being prosecuted by the Securities and Exchange Commission for insider trading. In speaking with various industry professionals and regulators, I have been struck by sometimes divergent points of view on what does and does not constitute insider trading.

I decided to subject myself to a quiz designed to assess one's knowledge about the insider trading rules. The quiz was developed by Robert Heim, Principal and former SEC investigator with the law firm of Meyers & Heim.

I didn't do too well on the quiz (which is below) - I only answered four of the eight questions correctly, and this despite the fact that the quiz questions had yes-no answers! "Insider trading rules include a lot of gray areas and the rules are not as clear as they should be. Unless you're a lawyer who specializes in the area, you're not going to know all the details," says Heim.

As I suspected, Heim's quiz is designed to test the "grayer" parts of the securities' laws so that made me feel just a little bit better about my performance. But, the intricacies of the insider trading rules should strike some fear into any person who invests in individual stocks and who tries to gather research and information on a company's business, customers, competitors, etc. Frankly, the risk of violating insider trading rules is another reason to do what I do and invest in mutual funds and shun stock picking!

If you've ever traded or will trade individual stocks, you should be aware of the insider trading rules. For each of the eight questions below, on a sheet of paper, write down ‘Yes' or ‘No' in response to each of these questions (the answers are at the end of this article):

After my humbling performance on the insider trading quiz, I delved further into what would get an investor in trouble with the SEC by asking former SEC investigator Robert Heim. He conducts training sessions for broker-dealers and hedge funds to educate them about insider trading rules.

"Technically for insider trading to have taken place, there's a requirement that the person knew they were doing something wrong. Judges, however, are pretty loose in the requirements here," says Heim. And beware that just because you didn't make a profitable trade yourself, judges can see intent if you passed along inside information to say a family member who profited from a trade based upon information you provided.

The punishments for insider trading can be severe. In addition to having to pay back all profits from such trades, the SEC can also levy penalties of up to three times the profits (this is generally reduced to one times profits if you settle before trial).

In addition to the financial punishments, there's also the prospect of jail time. According to Heim, sentencing guidelines are based upon the length of time over which the illegal conduct took place and the size of the profits. The range of sentences goes from several years for a minor offender to up to about 20 years. 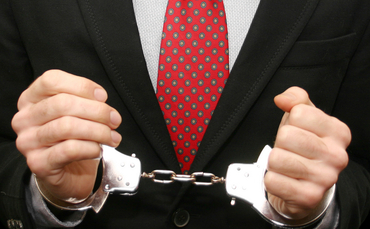 If you trade individual stocks, to learn more about the insider trading regulations, at a minimum, you should familiarize yourself with the SEC guidelines on the topic. However, as I said earlier, the more I've learned on this topic, the more I feel better off investing in mutual funds!

In an op-ed in the Wall Street Journal Yale Law School professor Jonathan Macey said the following about the recent prosecution of insider trading cases by the SEC:

"Decades ago, Justice Lewis Powell, speaking for the court in Dirks v. SEC, made clear that traders should be free to collect information and trade on it. Imposing a duty to abstain from trading in a stock "solely because a person knowingly receives material nonpublic information from an insider and trades on it could have an inhibiting influence on the role of market analysts, which the SEC itself recognizes is necessary to the preservation of a healthy market." The court added that it is "commonplace for analysts to ferret out and analyze information and this often is done by meeting with and questioning corporate officers and others who are insiders."

The Supreme Court recognizes that if a person acquires information in the course of legitimate business activities, like research or mining sources appropriately, then he has a right to that information and should be able to trade without disclosing it. The government, on the other hand, espouses a socialist philosophy that valuable information belongs to the people-regardless of how it was obtained...

For decades, the SEC has kept the insider-trading rules vague and undefined. This ambiguity increases the SEC's power and allows government lawyers to pick and choose among prosecution targets.

Some, though by no means all, trading on the basis of informational advantage is and should be illegal. But the government should be compelled to provide clear guidance as to what constitutes illegal insider trading and what constitutes legitimate, albeit aggressive, research.

Answers to the Insider Trading Quiz