Update: Protecting Teenagers and Kids From Alcohol, Smoking and Drugs


Whether you have kids or not, you have a stake in every generation of kids coming up because their actions affect your safety (and future Social Security benefits!) If you have kids of your own, I don't need to tell you how much more you have at stake.

Companies and individuals who profit from addictions are always seeking to attract and retain long-term customers is to target teenagers (and in some cases younger kids), who are the easiest converts due to their susceptibility to peer-group pressure and undeveloped decision-making skills. Parents must protect their children who are so vulnerable and easily swayed to take risky and dangerous actions. Consider these statistics: The average age of first-time alcohol use is twelve years and two months, followed by twelve years and six months for cigarettes and thirteen years and eleven months for marijuana (the most popular illegal drug among adolescents).

How high are the stakes? "A child who reaches age 21 without smoking, abusing alcohol or using drugs is virtually certain never to do so," says Joseph A. Califano, Jr. (photo below), founder and former chairman and president of The National Center on Addiction and Substance Abuse (CASA) at Columbia University and a former secretary of the U.S. Department of Health, Education, and Welfare. 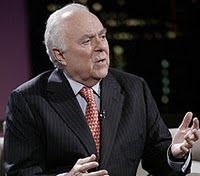 The risk that teens will smoke, drink, get drunk, and use illegal drugs increases sharply if they are highly stressed, frequently bored, or have substantial amounts of spending money, according to the "National Survey of American Attitudes on Substance Abuse VIII: Teens and Parents," a survey conducted by CASA:


"High stress, frequent boredom and too much spending money are a catastrophic combination for many American teens," said CASA chairman and president and Joseph A. Califano, Jr. "But it is a catastrophe that can be avoided through parental engagement. Parents must be sensitive to the stress in their children's lives, understand why they are bored and limit their spending money." 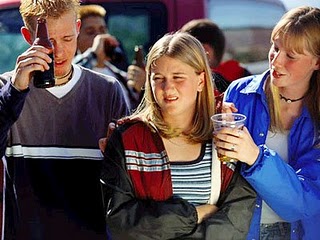 The CASA survey also found that parents are more likely than teens to view teen drug use as a fait accompli. More than four out of ten parents said teens are "very likely" or "somewhat likely" to try drugs, compared to only one of ten teens who agreed with those statements. Teens whose parents believe that future drug use is "very likely" are more than three times more likely to become substance abusers than teens whose parents say future drug use is "not likely at all."

CASA recommends five ways that parents can reduce the risk of their teens engaging in smoking, drinking, or other substance abuse: