I have had a bird's eye view of Suze Orman's "career" as a supposed personal finance "guru" because I was based where she was in the San Francisco Bay Area during most of the 1990s. At that time, I worked as a financial advisor who strictly provided advice on an hourly basis.

Suze's Background - Fact and Some Fiction...


Orman doesn't make claims to being a rocket scientist and her own website biography states that she was "surprised" to be admitted to the University of Illinois at Urbana-Champaign "...even though I didn't score well on my SATs," she says. She actually says in her biography that it took her seven years to complete her degree because she dropped out of school unable to successfully complete the school's language requirement. According to the University of Illinois, she graduated in August of 1977 (at the age of 26) with a bachelor's degree in social welfare.

Her first job, which she says that she did for six years, was as a waitress. As with Bernie Madoff, for many years, there have been major concerns raised about Suze Orman's representations and stated background which have largely been ignored and kept underground. As far back as 1998, Forbes' columnist William Barrett did a review of Orman's background compared with her claims. Barrett found and documented major misrepresentations and falsehoods about her background. At the time of his column, he exposed the fact that while Orman claimed 18 years of work in the financial services industry, she had in fact only 7 years of experience. 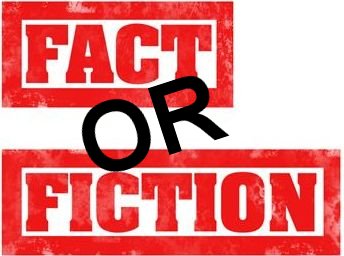 Orman claims to have been operating a small financial planning practice in the San Francisco Bay Area. Actually, she was selling commission-based products and Barrett actually exposed the fact that her own license to sell such products was expired so she wasn't even doing that legally! Barrett told me in an interview she was selling single premium deferred annuities to laid off workers. So in addition to grossly misrepresenting her credentials and a thin educational and work background in the financial field, she sold inappropriate products (retirement account money is already tax sheltered) to laid off workers so that she could earn hefty commissions.

Barrett's piece, although in a major national business magazine, didn't get much coverage elsewhere in the media. Mark Veverka with the San Francisco Chronicle covered it and did an investigation and condemning follow up piece which demonstrated that Forbes' Barrett got all his facts correct and that Orman and her publicist did nothing more than spin, stall and obfuscate.

In describing the aftermath of his piece and Veverka's, Barrett recently told me, "Orman laid low for a few months. She stripped down her biography in her books and got out of the business of selling products which got her into trouble."

The Oprah Endorsement Despite Faulty Advice...


Orman's earliest books weren't particularly remarkable but she got on Oprah and that's what put her and her books on the map. Like Madoff and with Oprah's endorsement, Orman has successfully used affinity marketing (to women in her case) as her shtick. Oprah and her staff don't have a particularly good track record with regards to checking out authors they put on their program. This NY Times article documented some high profile book author embarrassments for Oprah and there have been many, many others over the years.

Veteran financial reporter Chuck Jaffee has done numerous articles for the Boston Globe, MarketWatch and MSN detailing the inadequacy and shallowness of much of Orman's financial advice. He also said, "...I couldn't help but do a double take when during one of her recent shows on CNBC. In talking about debt, Orman said: ‘One of the books I wrote, I did a whole section on good debt and bad debt. In fact, I was the one who created that terminology, good debt/bad debt in the United States back in 1999.' A quick check of a not-too-complete database found hundreds of stories written throughout the 1990s using the terms good debt and bad debt and describing them roughly in the fashion Suze claims to have originated." Another lie. (I know I was using the term back in 1990 and used it extensively in my best-selling book, Personal Finance for Dummies, which I wrote in 1993 and is now in its 5th edition).

A final and important point relates to Orman's financial ties with companies that she recommends. A number of readers expressed concern to me that Orman has appeared in commercials and advertising for a specific long-term care insurance and credit reports (among others) and asked if I thought this was a conflict of interest. Jaffe also documents her having been in bed with Lending Tree. These relationships are clearly a conflict of interest - how can she objectively review and recommend products and services in the financial services industry if she's receiving fees from those same companies?